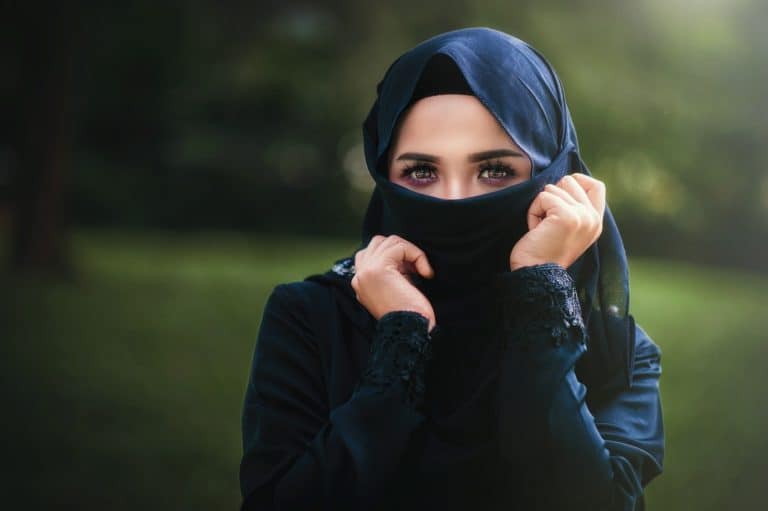 In recent years, bodily piercings have become one of the most common attractive trends when altering one’s body. Therefore, it has become more and more important for those who practice Islam to know their rights to their body.

The Quran teaches us that the human body is a gift given to us from Allah (Subhanahu Wa Ta’ala), however the way in which we make use of the body must be within the guidelines of its true owner, which is Allah. Therefore, Allah has made many guidelines on what is Halaal and permissible regarding the use of our body and what is Haram and forbidden for Muslims.

Among one of these guidelines is to protect your body from any unnecessary alterations which includes punctures in your body, such as piercings. In fact there are only a few exceptions to altering your body, one example being if you must have surgery for a medical reason. Although this may lead to altering the body, this is permissible as it is necessary for survival.

Therefore, with this reasoning, bodily piercings, especially in modern times, has become a much debated topic on whether this bodily alteration is a necessity in Islam.

Which Piercings Are Allowed in Islam?

After vast research, scholars have come to the conclusion that for women and women only, ear piercings are permitted. This was learnt through the studies of the Sunnah and Shariah that described women from the time of the Prophet (salAllahu alayhi wa salaam) as having their nose and their ears pierced. In fact, they would wear the jewelry that is common amongst women.

Scholars go back to this quote and unanimously have agreed that it is permissible for women to use all kinds of gold and silver ornaments such as necklaces, rings, bracelets, anklets, amulets and all what they like to wear as long as it does not reach the degree of extravagance or imitating men.

Allah granted this privilege to women because jewelry is seen as a customary form of adornment for women and Allah says that women are allowed the privilege of beautification, which men are not. With this permission that is granted to women and women only, scholars have come to the conclusion that although piercings are body altering and cause pain which is typically Haram, earrings are permissible for women.

It is also said that it is best to give piercings to baby girls as that is the age in which they will have the speediest recovery and the least pain. If you would like to avoid the pain real piercings may cause, magnetic piercings and clip-ons are also available which are both permitted in Islam for women.

The nose is up for more of a debate however majority of Islamic scholars agree that both the nose and ears are permissible. Studies have shown that women from the Prophet’s time did indeed wear nose rings as it was customary for women at the time.

This tradition has since continued on particularly in the Middle East and South Asian regions. Furthermore, scholars state that if the nose ring is something with which women adorn themselves, as is the case in some countries, then it is like piercing the ears i.e., in terms of it being permissible.

This means that if this is the cultural look for women in your region that it is permissible for you as well.

Beyond the traditional nose and ear piercing, scholars have come to the conclusion that body piercings are Haram, or forbidden in Islam. In fact, Allah Subhanahu Wa Ta’ala stated in the Holy Qur’an: “And Satan made their actions appear to them as beautiful and attractive. Thus he prevented them from the (right) path, hence they are not receiving guidance.”

Here, He is describing how Shaytaan will guide people off the right path by making them believe that it is attractive to alter one’s body. This is reflecting in our modern society in which many Muslims have body piercings which are false desires and against Allah’s will. Other body parts that have become fashionable to pierce include nose, belly button, tongue, lips, clitoris, penis, vaginal lips, and belly button.

If having the piercing done involves uncovering the ‘awrah and having a stranger or non-mahram, male or female, look at it, which is bound to happen, as all piercings must be done by a professional, then this is undoubtedly a haraam action.

Uncovering in front of a stranger leads to the transgression of human dignity and this temptation to commit sin is much more serious than achieving the purpose of adornment which may be achieved by simply wearing earrings. Therefore, getting any of your “private” parts or stomach pierced is forbidden for the reason that you are never supposed to reveal your private areas to non-mahrams or strangers.

Furthermore, wearing an adornment in such places can be seen as an imitation of a kuffar or an immoral, evil, person.

For example, if wearing adornment in the belly button, or private part is only known among immoral women, evildoers and kuffar in your region, then it is not permissible to adopt this custom because that is imitating them, and imitating evildoers is not allowed.

Piercings on the tongue are also forbidden, for the harmful effects it causes to the human health and body. Allah (Subhanahu Wa Ta’ala) has ruled that if the piercing will have an adverse effect on one’s health, whether immediately or in the future, then it is haraam and it is not permissible to do it on any part of the body.

Studies have shown that tongue piercings can cause the spread of cancer of the tongue, gum disease and loss of teeth among women, so it is not permissible to do it. The lips also have negative health effects, most commonly an infection. Furthermore, all of the previously stated piercings are immoral as they imitate that of a kafir or an immoral woman.

Which Side of The Nostril Should Women Pierce?

Many people associate Muslim women with having nose piercings, however the practice of nose piercings is not a religious one but rather a cultural one. Nose piercings come with a long cultural history, spanning several thousand years especially in and around the Indian Subcontinent, which includes India, Nepal, Bangladesh, Pakistan, and more.

In these countries customary practices, the nose piercing symbolizes a woman’s fertility and sexual health. Therefore, although there are countless interpretations of culture and tradition, the most prominent and influential of cultures typically practices piercing the left side of the nose.

This practice came about as science discovered that the roof of the nasal cavity has many nerve endings and the left (outside) part of the nose is associated with female reproductive organs. Therefore, piercing the left side is believed to strengthen a woman’s womb and suppress menstrual and childbirth pain.

Are Piercings Considered Haram for Men?

There are many things that are permissible for women but are forbidden for men, one of those being piercings. For boys of all ages it is Haram to get any type of piercing unless it is for a medical reason. This is because women are given the permission from Allah (Subhanahu Wa Ta’ala) for ornament and beautification, which He has not offered to males.

In fact, while women are permitted to wear silks, gold and silver jewelry, the absolute only form of jewelry that men are permitted to wear is a silver ring. The reason behind males not being allowed to adorn themselves with jewelry is because it is seen as an imitation of women, which is not permissible in the eyes of Allah. It was narrated from Ibn ‘Abbas (may Allah be pleased with him) that the Prophet (blessings and peace of Allah be upon him) cursed effeminate men as well as women who imitate men.

In fact, he stated to “expel them from your houses.” Allah has told us to remember that in Islam, men and women have different roles and therefore, men are not granted the same right as women to pierce their ears.