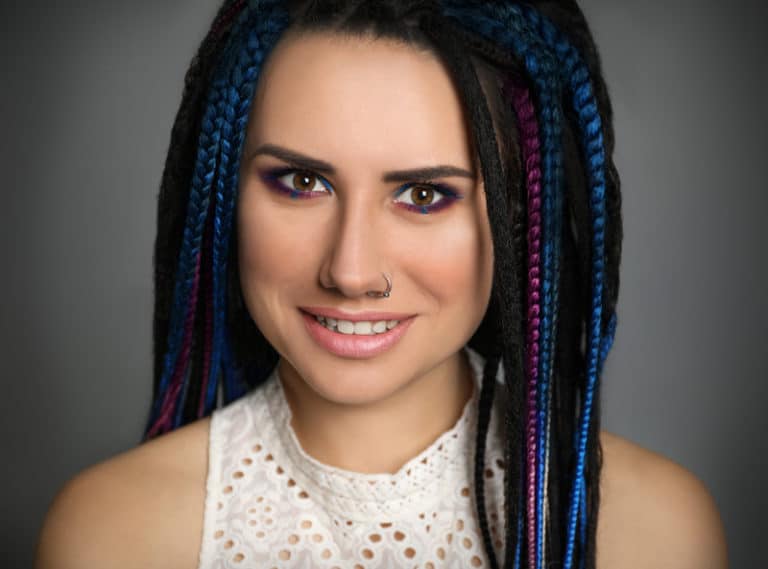 You’ve got your new piercing, followed the instructions, done your best to take care of it. Then one day, you wake up, and there’s a bump by your piercing.

When you look this up, chances are the first thing you’ll see is this word: keloid. Keloids are not fun and typically require quite a bit of medical attention to remove, often requiring surgery. However, not every bump is a keloid, and it’s important to know which type you’re dealing with as the treatment for each is different.

In today’s article, we’ll be going over the differences between a keloid and a regular healing bump, as well as how to treat each one.

In the early stages, keloids and healing bumps can appear very similar. However, as they progress, the differences become more apparent.

In short, healing bumps are normal swelling that occurs because of irritation or, sometimes, an infection. They go away on their own as long as you’re keeping the area clean, and you’ll rarely have to see a doctor for one.

On the other hand, keloids are large growths of scar tissue that extend beyond the normal surface of the skin. They tend to continue to grow over time, and you usually need to see a doctor to discuss treatment options as they can continue to grow for months and sometimes even years before stopping.

What is a healing bump?

A healing bump results from the trauma that your skin endured when it was pierced, and as a response to that, your body swells up. It can simply be normal swelling and is especially common in cartilage piercings. However, a healing bump around your piercing site can also indicate an infection.

A key characteristic of healing bumps is that they improve over time. They don’t get worse. If it gets worse, it either means that the infection is worsening or that it was never a healing bump in the first place.

A keloid is not just a normal swelling that gradually disappears over time. It’s actually a type of scar. Almost every injury you get will leave you with some scar tissue. If you have your ears pierced, take a look, you’ll likely see some scar tissue right around the hole.

This scar tissue poses no issue most of the time and will remain so small that it’s virtually unnoticeable. This is not the case with keloid scars.

Keloids can occur from any injury, even a tiny cut on your leg, but they are especially prevalent with piercings and tattoos. That’s because in these cases, a small amount of irritant, the piercing or tattoo ink, is left in the wound. This can cause the body to overreact and produce a large amount of scar tissue, also known as a keloid.

Keloid scars are characterized by thick, lumpy scar tissue that extends above the surface of the surrounding skin. They vary in color and texture, but the key thing you’ll look for is a large scar that extends beyond the original injury site.

The short answer is yes, keloids are permanent, and once the scar tissue has grown, it will not go away without treatment. They can continue to grow for several months, sometimes even years, after the injury occurs. This is why it is so important to see a doctor as soon as you notice a keloid growth so they can begin treatment.

Even with treatment, it is extremely common for keloid regrowth to occur.

Some individuals are simply prone to keloid scarring as they just produce more scar tissue than the average person at the site of an injury. That’s why if you’ve had multiple experiences with keloid scars, it’s recommended that you avoid piercings and tattoos as there’s no guarantee that it won’t happen again, and keloid scarring can cause severe disfigurement.

How do I know if my piercing bump is a keloid?

When it first appears, it can be difficult to tell if the swelling you’re experiencing is a simple piercing bump or if it’s the beginning of a keloid. The best way to determine what it is is to simply monitor it.

As long as you’re caring for the piercing properly, cleaning it a few times per day or as instructed by your piercing, using surgical grade jewelry, taking care not to irritate the piercing more than is necessary, then the swelling should gradually go down. If it does not go down or continues to worsen and grow even larger, then it’s most likely a keloid. Some visual differences can clue you in as to what you’re dealing with.

A piercing bump will likely look as if it’s under the skin. This is because that’s where all the swelling and fluid accumulation is. In the case of a keloid, while it may initially appear to be under the skin, it will eventually rise above the skin and keep growing up and away. That is one additional way to know if your bump is a keloid.

How do you heal a keloid?

Unfortunately, the only effective way to heal a keloid is to go to the doctor and have them treat it. There are a couple of treatments that they can try, such as steroid shots and cryotherapy. However, the most effective treatment available is having the keloid surgically removed. This will remove as much of the scar tissue as possible, which will help to prevent regrowth.

Should I take out my piercing if I have a keloid?

When you go to the doctor to have them look at your keloid, chances are they will tell you to remove the piercing. After all, your piercing is what your body perceives as an irritant and why it produces the excess scar tissue.

If you choose to treat it, you will also be required to remove the piercing as leaving it in could decrease the effectiveness of the treatment.

Can you pop a piercing keloid?

No, you cannot pop a piercing keloid, and you should not try to do so. Attempting to pop a keloid will only increase your risk of infection as it creates microtears in the skin. Your keloid is still skin, so you may be able to get some fluid out of it with persistent squeezing. However, this is not a great idea. It will not promote the healing of the keloid and can even make it worse.

Keloids occur because of an overreaction of the body to an irritant, in this case, a piercing. If you are messing with your keloid, squishing it around, and trying to pop it, then all you’re doing is causing further irritation. This irritation can cause even more scar tissue to grow, which will leave you with an even bigger keloid than you had before.

How do you heal a piercing bump?

The best way to heal a piercing bump is simply to maintain a good aftercare routine. By keeping your piercing clean and avoiding touching it, which could irritate the piercing further, causing additional swelling, your piercing bump should slowly go away over time.

If you need a quick solution to reduce redness and swelling in your piercing bump for a short time, then an aspirin paste could be the solution. Aspirin paste will help to reduce redness and swelling. It can also help to dry out the piercing. Depending on what you’re dealing with, this could be a positive or a negative, as drying can sometimes further irritate the piercing. 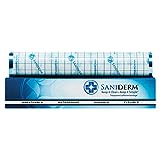