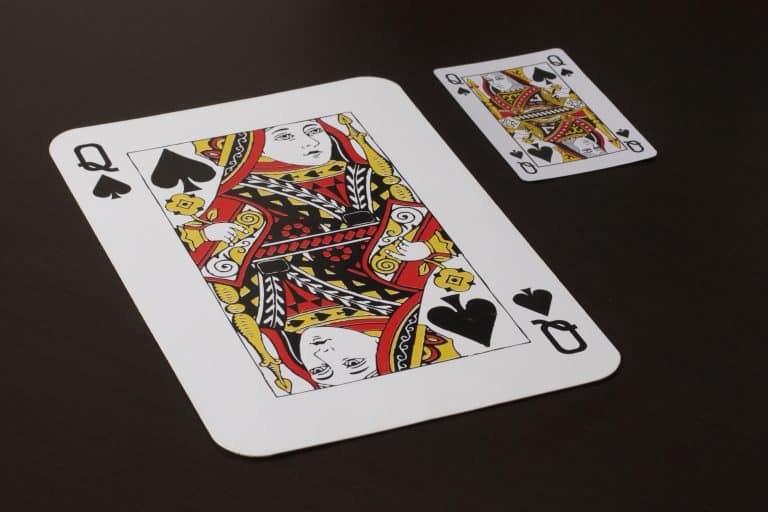 Knowing what a tattoo means is essential before having it permanently inked onto your skin. After all, just because you think a tattoo means one thing or have a specific reason for getting it doesn’t mean that that is how other people will perceive it.

What is the Significance of Queen of Spades in Card Games?

You will find the queen of spades in most card games, and it’s almost always an unlucky card. This is especially true in the Hearts game, where she is known as the “Black Maria” or “Black Lady.” Anyone who gets this card automatically scores 13 points unless the player holds all 13 hearts, in which case the player scores zero, and opponents are given 26 points.

It isn’t good news in other card games, either. For instance, the queen of spaces is typically used as the “old maid” in the Old Maid card game and is known as “the b****” in Seven Card Stud Poker (although, when used correctly, the queen of spades can be positive).

Meaning of Queen of Spades in Cartomancy

In tarot, the queen of spaces is habitually negative. When the queen of spades is pulled, it likely means distrust and deceit. It can display a person in your life who is trying to slander you, whether in an effort to destroy your romantic relationship or position at work. It can also mean death or rebirth.

However, the meaning can sometimes change depending on how it’s pulled and which cards it accompanies. For instance, a queen of spades in the upright position can symbolize strength and independence.

Now that you know some basics about what the queen of spades means in other applications, it’s time to unveil the moment you’ve all been waiting for – the meaning behind queen of spades tattoos.

Keep in mind that while these are the ordinary meanings behind queen of spades tattoos, everyone will place this image on their skin for different reasons. So, it’s important not to judge an individual who may have this tattoo instantly. Some people simply get it because they think it looks cool – which it does – and have no knowledge of ulterior meanings.

Although the queen of spaces is usually associated with negative connotations, there is no denying that the queen of spades is an incredibly powerful card (woman). When a woman gets this tattoo on her body, she may be trying to represent her strength, power, and independence, in which case there is a positive meaning behind the tattoo.

If someone has a queen of spades tattoo on their wrist, it can indicate that they have a “card up their sleeve.” Essentially, they have a hidden talent they can utilize at any time to get ahead of those around them. In this instance, there is a positive and almost secretive meaning behind the queen of spades tat.

Someone struggling in the love department may consider getting a queen of spades tattoo to show that they’re just done with trying to fall in love. They’re a hopeless romantic that can’t seem to get it right and have given up on the whole thing altogether. The symbol isn’t necessarily positive or negative; it’s really just a blatant depiction of their hopelessness about love.

Sometimes, the queen of spades is tattooed on the body to show one’s wisdom, discernment, and mindset to be able to overcome challenges. The tattoo can show that the person has already overcome plenty of challenges in their life – alone – or can simply indicate that they’re ready, willing, and prepared to handle anything that comes their way.

The queen of spades tattoo can also represent someone who feels dominant over others. This can simply mean they feel they have power over those around them, using their feminine charm and intelligence to get ahead and get people to do what they want.

On the other hand, dominance can also extend to the sex department. If a woman has this tattoo, it can depict that she is someone who likes to take control in the bedroom. She considers herself to be the one to take charge, possibly in a BDSM-style relationship, rather than being the shy and quiet subordinate.

According to Urban Dictionary, the queen of spades tattoo can have incredibly raunchy meanings. The first meaning (entered in 2006) claims that a woman (usually white) with a queen of spades tattoo, with a Q around or inside of the spade, has a sexual preference for African American males.

The other meaning (entered in 2012) states that women with the queen of spades tattoos express their enjoyment of having sex with two or more African American males simultaneously. The woman is typically married and gets permission from her husband to engage in these sexual activities. The events may or may not be videotaped to enjoy by the husband and wife later.

Essentially, the tattoo shows that the woman is a strong and independent African American woman who can fix her own crown. She doesn’t need the help of anyone around her – including a man – to be successful in this world.

If you’re concerned about how people will translate your queen of spades tattoo, you can always opt for similar tattoos that will pay homage to the queen of spades without the potentially negative connotations. Here are the top three options.

Forget the spade and opt solely for the queen. A queen tattoo signifies that you’re a strong, powerful, and successful woman who can rule the world. While the queen can certainly stand alone, adding a more oversized crown or a sword will only add to the positive reinforcement of this tattoo.

You can also go the opposite route and keep the spade but lose the queen. A black spade tattoo indicates that you are a strong and successful woman. You’re free to do anything you please and will conquer everything you set out to do in life.

When a queen of spades tattoo is paired with an accompanying king of spades tattoo, the meaning changes significantly. This “couples” tattoo shows that the two people involved in the relationship are wise and share a robust and equal relationship that won’t fail. They’re creating a “kingdom” together and want to show it to the world.

A Queen of Spades Tattoo Has Positive and Negative Meanings

However, since the queen of spades can indicate power, independence, being able to overcome challenges, and being a strong African American woman, it’s still a tattoo to be considered. Have a pow-wow with your tattoo artist to ensure the tattoo depicts what you want it to indicate.