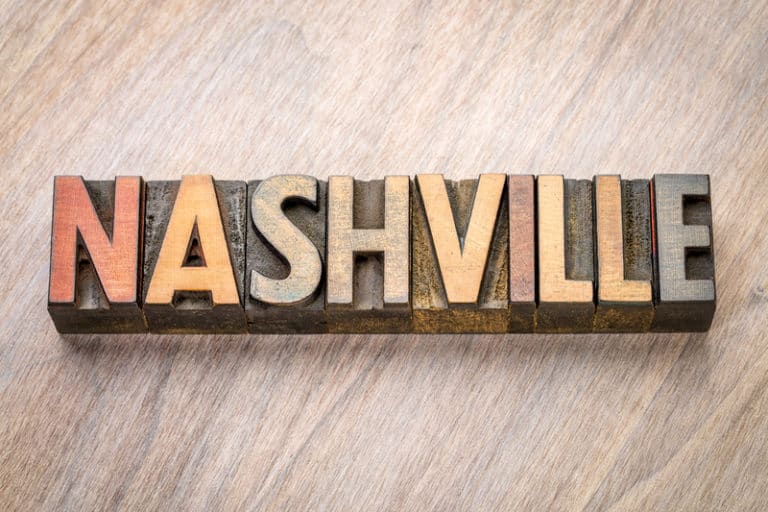 Over the past 15 years or so, Nashville has exploded onto the travel scene as one of the top destinations for family vacations, long weekend trips and bachelor/bachelorette parties. People come from all over the world to see the biggest stars in the country music in concert at any of the numerous concert venues in the area.

Since becoming a top destination for travelers (and even new residents), the number of tattoo shops in the area has also dramatically increased in recent years as well. Nashville has a great selection of very talented artists in the area should you be interested in adding some new artwork during your trip to the city. In fact, there are several artists/shops with ties to the popular TV show Inkmasters.

Below, I’ll list out some of (but certainly not all of) the best tattoo shops you should consider in Nashville.

Black 13 Tattoo opened it’s doors in Nashville in 2008 as an upscale and classy tattoo parlor. They experienced tremendous growth since opening which led them to moving to their current location which is much bigger. They currently have 10 artists on staff. Black 13 has a great website that allows you to look at the recent work of all of their artists. Due to the popularity of this shop, some of their artists could have an extensive waitlist and may not be accepting new clients.

Black 13 has a shop minimum of $80 for the services and they do prefer cash payments, though they will accept major credit cards

One thing to note, Black 13 does not offer piercings, so if you are looking to get something pierced, you’ll need to find another shop.

Another interesting fact about the shop, is that one of it’s founders was Josh Woods who appeared on Season 1 of Inkmasters. Josh sold his share of the company in 2016 and moved to California and is not longer associated with Black 13.

Nashville Ink is located literally in the heart of Nashville. It’s located on the corner of Broad and 3rd Avenue which is the center of all the major nightlife and attractions in downtown Nashville. The shop opened in 2009.

If you watched season 1 of Inkmasters, you’ll likely recognize Nashville Ink from one of the episodes. In fact, the show visited the shop for filming, though filming was not at its current location. The shop had been located around the corner on 2nd Avenue up until Christmas 2020, when the Nashville bombing occurred and completely destroyed their shop.  The video below does a great job explaining how they recovered from this tragedy.

Due to it’s location and history of amazing work, Nashville Ink has far more Google reviews than any of the other studios in the area. At the time of this article, it had over 1,000 reviews with an impressive rating of 4.7 out of 5.0. Go check out their ratings and you will see they get reviews added to their page on almost a daily basis.

Nashville Ink’s website has numerous pictures of work that has been recently completed in their studio. In addition to tattoos, they also specialize in a wide range of piercings.

One Drop is a popular and conveniently located tattoo shop just a few blocks outside of downtown Nashville that opened in 2011. One Drop has 3 very talented artists on staff at this time. Their artists have won multiple awards for the design and skills.

If you are a fan of the TV show Inkmasters, you’ve likely seen One Drop’s owner on the show. Elisheba Israel was featured on season 8 of the show.

Elisheba has built an amazing, relaxing studio and it’s obvious in the customer reviews that you’ll find on any of the social media platforms. On Google, they have almost 700 reviews and boast a rating of 4.9 out of 5.0 stars!

One Drop works by appointment only and it their minimum cost for a piece of work is set at $100. When you call to book your appointment, please be aware that you will need to pay this amount to hold your appointment time.

One Drop also specialized in piercings, but do only offer these services on Fri, Sat and Sun.

Queen of Hearts is one of the oldest tattoo shops in Nashville. It was started back in 1993 and are currently located in South Nashville by near the new soccer stadium. The shop has 4 artists on their staff and specialize in a wide range of work.

The shop minimum at Queen of Hearts is $80, and for larger pieces they charge $120 per hour. However, they don’t charge for custom work.

How much do tattoos cost in Nashville?

Tattoos prices in Nashville are in line with prices in other major cities. Like most cities, pricing will likely be a bit higher when you are closer to downtown due to the high rent of the building and other overhead expenses. If you are on a budget, I’d suggest looking at some of the artist who work in the suburbs around Nashville. There are plenty of great towns within a 30 minute drive to Nashville such as Franklin, Murfreesboro, Lebanon and Hendersonville.

Special thanks for www.ThingsToDoTennessee.com for helping with this article. Visit their site to learn more on your visit to Nashville!