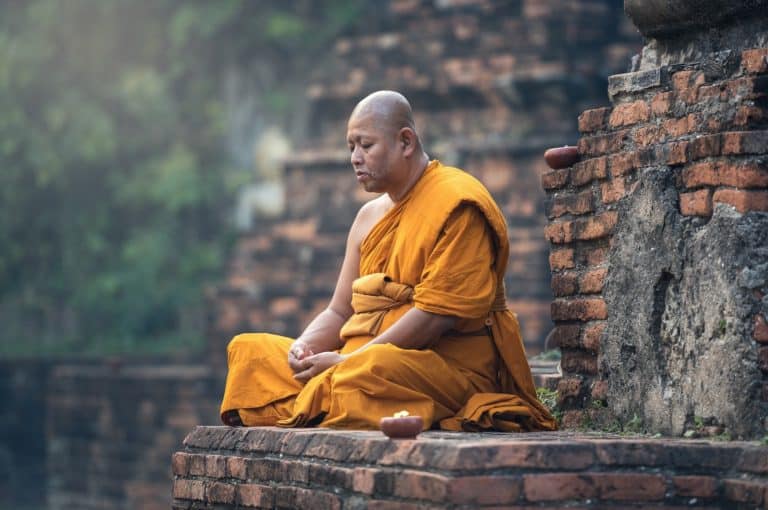 Considered the pacifist’s religion, Buddhism has been around as far back as the 6th century and for good reason. Even though the religion has greatly evolved and branched out into different sub-beliefs, the four noble truths remain the pillars to all forms of Buddhism.

Tattoos in Buddhism  have been a subject of controversy for as long as the question has been asked. Some believers view it as a sign of devotion while some others see it as blasphemy. There is also a school of thought that believes the heart’s intentions are the most relevant factor when considering the morality of getting tattoos in Buddhism.

We would explore all the views including the legal status and cultural relevance and also attempt to lay to rest the controversies surrounding this topic.

We’re going forward into this article with the following assumptions about you, the reader. One of more of these may apply to you, including:

Are tattoos allowed in Buddhism?

Buddhist teachings have disseminated way farther than their Indian origins, not only because of the accessibility of materials and ease to get started, but also because the life led and the lessons taught by Buddha, the founding father is highly relatable to the average man.

The tenets of Buddhism are beautiful and inclusive, making practitioners move to express a permanent gesture of commitment on the skins in form of a Buddhist tattoo. The Buddha tattoo is just 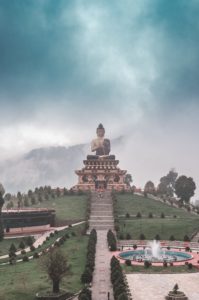 one of the many ways to show your love and devotion to the religion. It can be roughly equated to devout christian getting a tattoo of a cross because they feel it shows how serious they are about their faith.

In some Buddhist cultures, from mainland Southeast Asia to as far as Indonesia and the Phillipines the practice of Yantra tattooing or Sak Yant has been popular since the 9th century. It involves the use of a sharpened metal rod by a Buddhist monk, ruesi and wicha (magic) practitioner to inscribe Indian yantra designs on the skin. The designs usually consist of animal, deity or sacred symbols and phrases. These are said to offer benefits like power, wealth, protection, and others to the practitioner.

As long as the Sak Yant are carried out by professionals, it is totally acceptable and even encouraged.

Even in countries where Sak Yant is practiced, tattoos of “Buddha” are rare to non-existent because they consider Buddha too sacred and respect him too much to make him into an ornament just for the aesthetics. This is where intent plays a role even in culturally acceptable environs because getting a Buddhist tattoo or any religion in that matter just for the purpose of showing off subverts the nature and fundamental foundations of Buddhism.

In general, as long as you understand the concept of impermanence (the Buddhist teachings that “asserts that all of conditioned existence without exception, is transient, evanescent and inconstant”) which is one of the essential doctrines of Buddhism, there is no reason not to correctly brand yourself with a symbol of Buddhism if it means something to you personally.

Is it bad to get Buddhist tattoos?

In recent years, there has been an uprise in the occurrence of Buddhist tattoos amongst non-practitioners particularly the Western population. It is therefore easy for members of the cultures behind the images to see this use by outsiders as harmful cultural appropriation. And that these designs, when used by other societies wouldn’t properly communicate Buddhist ideas and hence, wouldn’t be as meaningful as they are meant to be.

This surge in popularity of Buddhist tattoos received both positive and negative feedback. Particularly relevant instances of negative feedback were seen in 2011 when theThai Culture Ministry made a move to ban tourists from getting religious tattoos.

More recently, in 2015, state authorities arrested Jason Polley, a tourist from Canada, and his girlfriend, Margaret Lam, at their hostel in Myanmar after photos of Polley’s Buddhist tattoos went viral.

In these situations, there were underlying beliefs that the foreigners were committing blasphemy. But these were actually a direct result of an adaptation of symbols without regard for the cultural context in which they are used. There is also a growing sensitivity surrounding the drawings in some Buddhist nations which reflects a reaction to this ever rising surge in appropriation.

That being said, it IS technically NOT legally wrong to get a Buddha tattoo, but it can be disrespectful and is seriously frowned upon by the natives in Thailand and even Sri Lanka. They see Buddha tattoos on foreigners not only as cultural appropriation, but also as highly disrespectful to their religious values, icons and history. Also, these designs, lines of script, geometric patterns 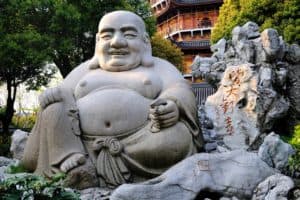 and animal shapes are deeply intertwined with Buddhist and animist imagery that some Thais fear Westerners would fail to appreciate.

So, getting a Buddha tattoo may be seen as both bad and good depending on the school of thought you belong to. Bad in the sense if it is not done in a manner that is respectful and pure hearted. A certain school of thought argues that, given Buddhism is a universal belief system and majorly embraces a system of nonattachment, impermanence and transience of all things, that the imagery really doesn’t matter.

Regardless of your school of thought, if getting a tattoo causes any sort of emotional pain to others, then it may go against the tenets of Buddhism. Simply put, if your choice to get a Buddha tattoo is ego-based or you are conscious that it may hurt others, you can invert a piece that you meant as something beautiful.

Can you be a Buddhist monk with tattoos?

Yes, you can be a Buddhist monk with tattoos. This is reinforced by the fact that the Sak Yant are not only drawn by monks and on monks, but also because this is seen as the only right way to get the Yantra tattoos. Hundreds to thousands of foreign devotees flock to Thailand every year to get their Sak Yant by trained monks.

These monks are found all over Southeast Asia, particularly in Thailand which has the highest numbers of devout practitioners. The Wat Bang Phra in Nakhon Chai Si District, Nakhon Pathom Province Thailand is the most popular temple for Sak Yant in the modern era. Ajaan Noo Kanpai, one of the most famous Sak Yant practitioners in all of Thailand, trained at the Wat Band Phra.

Does the body part bearing the tattoo affect its acceptability?

According to Yoni Zilber, a Tibetan art tattoo specialist, “images of Budha and Tibetan mantras are very sacred and should be respected. It is customary to hang pictures of Budha at the highest place in your house and treat it with respect. If you put it on your body, especially on a lower part, it can be extremely disrespectful. You sit on the toilet with this part of the body and lay it on the sand at the beach. The Buddha is not supposed to end up in such inappropriate places”.

In Southeastern Asian culture, the head is seen as the most sacred body part and in general, the farther down the body, the less sacred. Foreigners with these designs and geometric patterns on their legs have caused upset amongst devout religious practitioners.

Should you cover a Buddha tattoo when traveling to a Buddhist country?

In as much as there is nothing wrong with getting a Buddha tattoo, you should consider covering it up whenever you’re out in public. Public exposure is disrespectful and may be seen as a way of watering down Buddha and deities to mere ornamentation. Also, you avoid unnecessary issues from sensitive practitioners during your stay.

The consensus on the acceptability of tattoos in Buddhism is not a hard and fast or unified one. Some people view it as a right given the universal nature of the mother religion, while others see it as an attempt by the foreigners particularly those in the West to appropriate a culture they know little to nothing about.

So, as a rule, as long as the tattoos of Buddha are worn on the right parts of the body, drawn by trained professionals and carried in a respectful and solemn manner, there is nothing wrong with getting one. And in a case where you cannot heed all these criteria, you should reconsider the decision and consider getting an alternative.