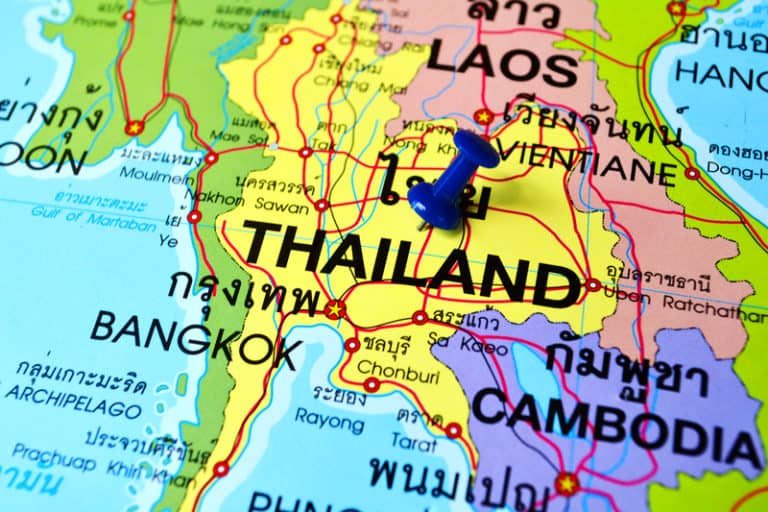 For many travelers, getting a new tattoo abroad seems like the perfect way to commemorate their trip. It can be of anything, it will represent your trip, and it will last forever. If you’ve gotten tattoos in your home country before, we will be speaking specifically about the US, you may think that you have the process down.

However, tattoo regulations and standards can vary from one country to another, which along with any possible language barriers can make it at least a little more difficult to get your dream tattoo. Today we will be focusing on Thailand, a popular tourist and tattoo destination, to help you learn all about how to make your dream Thailand tattoo a reality.

Are Tattoos Cheaper in Thailand?

At the low end, tattoos can start at $10-20 going all the way up to several thousand dollars, just like in the United States. Of course, the prices also depend on how well known the artist and studio are, the materials being used, and the size and complexity of the piece. The more well known the artist and the better materials they are using, the higher the price will be, no matter what country you’re in.

How old do you have to be to get a tattoo in Thailand?

You may be wondering, how old do I have to be to get a tattoo in Thailand? It may come as a surprise but just like in the US, you must be at least 18 years old to get a tattoo. Yes, it will always be possible to find someone who will tattoo an underage person, but there are several reasons why that is not necessarily the best idea.

If your tattoo artist is willing to illegally tattoo a minor, think about what else they may be willing to do illegally. It is important to find a tattoo artist that is properly licensed, maintains a hygienic work environment, and uses safe materials.

It is not worth the possible injuries that can come along with a poorly done tattoo just to get one before you turn 18 in Thailand. If you simply must get one, we recommend going to a country where it is legal to get a tattoo before you turn 18 as opposed to getting one illegally.

Is it safe to get a tattoo in Thailand?

Maybe. Why maybe? Just like any other country, it is possible that it is safe to get a tattoo in Thailand, and it is also possible that it is very unsafe to get a tattoo there. There are tattoo shops in the United States that hold themselves to extremely high hygiene standards, everyone is licensed, and they only use the highest quality equipment.

On the other hand, plenty of tattoo shops do not follow regulations and use lower quality materials to do your tattoo.

One thing to consider in regards to safety in Thailand is that issues with the language barrier may arise. It is far easier to go to a tattoo shop and assess them for personal safety and health risks when you can speak the common language. When you are put in a situation where you are struggling to understand what is going on, you may find yourself being tricked.

Once you start your research for a Thai tattoo, it’s likely you will come across a type called “bamboo tattoos.” One would assume these tattoos have have a bamboo stick incorporated into the process, but this is actually not true. Bamboo tattoos are very similar to what is referred to as “stick and poke” tattoos in the United States.

Bamboo tattoo are applied using a hand method where the artist dips a needle at the end of a wood stick into ink. The ink is then applied to the customer’s skin by gently poking the needle into the skin and depositing the ink.

Though it may sound as it this approach is more painful than a machine tattoo, it is not. Many people say that the pain level is similar for both techniques. However, it is important to know that the bamboo method is significantly more time consuming than a traditional tattoo you may get in a tattoo parlor.

It is extremely important for you to ensure that you design is not offensive in the Thai culture, but also the location it is placed is appropriate as well.

Certain parts of the body are considered sacred (such as the head) while others are considered disrespectful and unclean (such as anything below your waist area). This is extremely important if you are considering any type of tattoo that may be considered religious within the local culture. Any Buddhist tattoos are considered a sacred design and must be treated with the utmost respect.

Outside of the United States, there is not as much of a tipping culture so you may be looked at as weird when you leave an extra $10 on the table after dinner. However, as with any custom, commissioned work, it is always considered polite to leave some extra money for the artist that the business will not be able to take a cut of.

A reasonable tip to leave your artist would be right around 10%. This is enough that you will not seem like a stingy tourist without making you look like a missionary who is giving handouts, something that many locals find to be insulting. Keep in mind that we are recommending this coming from the perspective of a tipping culture.

We think that it is polite to include some extra cash but that is not necessarily the culture that you will be getting tattooed in. Make sure to feel the vibe, just like with any other step of the process, to figure out what an appropriate tip would be and how it should be given.

What is a Sak Yant Tattoo?

In short, a Sak Yant Tattoo is a traditional Thai tattoo that originated in southeast Asia, specifically in Thailand, Vietnam and Laos. It was traditionally done by Buddhist monks who would hand poke the tattoo while chanting prayers.

By the time it was finished, the tattoo was believed to be a talisman that would protect the person with the tattoo. This practice was often done at Buddhist temples when preparing warriors before going into battle.

Nowadays, they are usually done in actual tattoo studio, although it is still possible to find a monk willing to do one. While this has taken much of the tradition and ritual out of the Sak Yant tattoo, it also helps to ensure more hygienic conditions and a higher quality tattoo.

If you want to get the tattoo ceremonially, then it is definitely possible to find a Buddhist monk that will do one, but it will be rougher in design and the chances of infection and further injury are higher. Depending on what you want, a monk or a licensed tattoo artist could be a great choice for your Sak Yant Tattoo.

There is some debate regarding whether or not westerners getting a Sak Yant tattoo should be considered cultural appropriation. It is definitely something to consider. These tattoos which were once considered to be some of the most powerful talismans that could be created are now being given to tourists as a memento of their vacation.

It is important to do your own research and come to your own conclusions but the most important question to ask yourself is this: “Am I helping or hindering the preservation of this culture?”

Two celebrities are known for getting a Sak Yant design. English model and singer Cara Delevingne has one on the back of her neck. The meaning of her tattoo is believed to offer her magical power and good luck.

American actress Angelina Jolie has five large Sak Yant tattoos on her back that have a variety of meanings that you can read about here. Angelina got her tattoo done by famous Sak Yant Master Ajarn Noo.

If you happen to visit Bangkok in March, you may be interested to observe the Sak Yant festival that is held each year at the Wat Bang Phra Temple. The festival draws thousands of men from the area who come to the temple to decorate their bodies. Some even go as far as using snake venom as tattoo ink.

So, is a Thailand Tattoo for You?

All in all, it is easy to see why Thailand is such a popular destination for tourists, especially for those who are looking for a tattoo. With so many talented tattoo artists and beautiful history of tattooing, the appeal of getting a tattoo in Thailand is not subtle. However, it is important to remember that, just like with any other country, you must be cautious.

You need to ensure that the tattoo artist and shop you are getting your tattoo from are reputable and that they can produce what you want. If you don’t feel completely comfortable or something doesn’t feel quite right, walk out. Tattoos are permanent and not a decision to be made lightly.