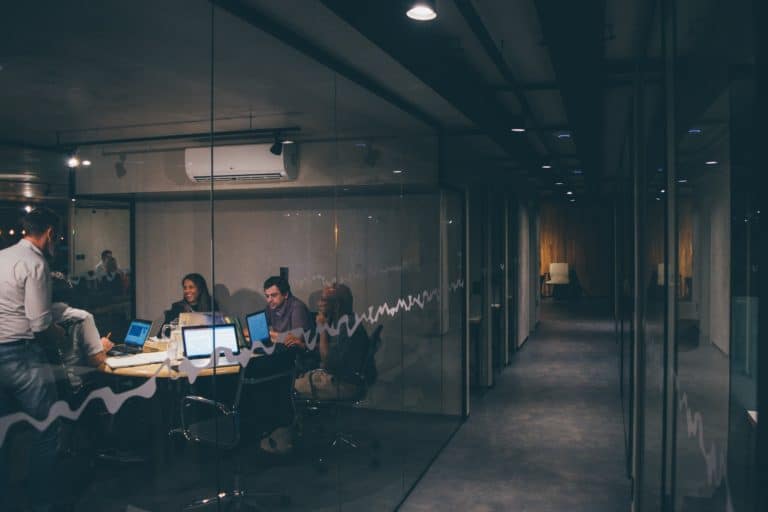 Over the past few decades, there has been a steady significant uprise in the prevalence of tattoos in the general population particularly amongst the young, and to a lesser extent, the middle-aged. In fact, in a study conducted in 2018, it showed that 38% of U.S millenials had at least one tattoo!

Fortunately or unfortunately, a vast majority of the job-seeking population falls within this category of young individuals, so, do the tattooed folks constantly enter the job market on a handicap? Or do they have to undergo painful laser surgeries to get rid of their beautiful works of bodily art just to be on a level playing field with their non-tatted counterparts in an already saturated job market?

Before reading further, it is important to note that tattoos are perceived differently by different individuals and societies. This means that what can be seen as a red flag by some more traditional employers may be considered an asset and even help your job chances, particularly in agencies such as advertising firms that may be looking to increase the popularity amongst a younger demographic. Some establishments on the other hand, may be indifferent.

What are some jobs that do not allow tattoos?

The title here should read, “jobs that do not allow visible tattoos”, because most jobs do not personally carry out full physicals on you the find out if you have tattoos or not, and having one would not hurt your chances of getting employed, as it has been shown that tattoos have no effects on employee performance or loyalty.

Law agencies require tattoos and piercings to be covered. You would not see a tattoo on the neck of a lawyer in the courtroom. Other members of the law enforcement agencies like the secretaries 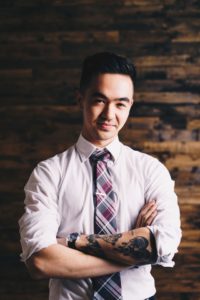 and clerks are also required to appear professional and keep all forms of body art covered. Traditional ear piercing will be permitted. Law related agencies can be very particular about appearances.

Most doctors, nurses and other members of the hospital staff have their tattoos covered. This is probably due to the fact that they relate with a very varied population of patients, some of which may be offended or view tattoos as unprofessional or unbecoming of a healthcare worker.

The police are another branch of law enforcement that take appearance very seriously. Tattoos and piercings are frowned upon because some citizens may be intimidated by them, and may view them as unprofessional. Sad as it is, there is still some prejudice amongst law enforcement against tattooed individuals as they are associated with gang activity and attempts at identity changes.

That being said, a few cops may have previously acquired tattoos and keep them concealed during work hours.

The degree of acceptability amongst teachers depends on a number of factors like: Is it a public or private school? Do you teach at a college or a highschool? Public schools and colleges tend to be more lenient about tattoos than the more expensive private schools or highschools.

It ultimately depends on how the school perceives tattoos. However, most schools require that teachers cover their tattoos as parents may be concerned about exposure of their kids to the “right” adult figures.

Tattoos on government officials are mostly frowned upon for the same reasons as it is in law enforcement. The masses may perceive it as “unprofessional” to have visible tattoos, which may hurt your chances of employment or success in politics and most government establishments.

The individuals in these institutions are also constantly interacting with different members of the masses, each of which have varying world views and prejudices. Moreover, they directly deal with private and public funds on a daily basis, which may raise security concerns from the masses.

Are you allowed to have visible tattoos in the military?

The U.S military does not have one unified policy on tattoos as the various branches may have different levels of leniency. There are a lot of contradictions in the generally accepted tattoo laws for members of the armed forces. For instance, the marines are a little bit more strict, making sure that whatever tattoos you get are within the confines of their crew neck t-shirts and shorts while the army, navy and air force are, in that order, increasingly lenient about their tattoo laws. The air force is the most tattoo-friendly branch of the armed forces after the definition of their policies in 2017.

How can you cover tattoos for work?

As previously stated, as beautiful as they may be, it may become necessary to conceal your tattoos. The difficulty of this task depends on the size and location of the tattoo. A small heart-shaped tattoo on your thigh will clearly be easier to cover up than an intricate neck-arm-forearm tattoo.

The main methods of covering up your tattoos are:

This is obviously the easiest and most effective method. If your tattoos are located on your trunk, upper arms, thighs or feet, they can be easily covered up by clothing items. It becomes a little more tricky if the tattoos are located on the neck, forearm and hands because it may be uncomfortable wearing a full-sleeved, turtleneck and gloves all day, everyday.

There are some compression sleeves made specially for covering tattoos. You can typically get them in a variety of colors to match your skin tone or clothing. Here’s an example on Amazon of a sleeve that can be used on your arm or leg. (Amazon Link)

Use of make-up may become necessary during summers when wearing full cover clothing is unreasonable and/or when tattoos are located in difficult to cover regions like the face and neck. Make-up should only be used on fully healed tattoos to avoid ruining them and getting an infection.

Concealers and foundations, particularly the ‘high coverage’ or ‘color correcting’ variants are effective at concealing tattoos. It is advised to use one that is several shades lighter than your skin. Those with very high coverage can conceal even the dark-colored tattoos. One of the best concealer make up kits I’ve found for cover tattoos is by Aobbiy. You can get it on Amazon by clicking here.

Spray tans are less commonly used. They are only effective against small, light-colored tattoos.

Can tattoos increase your chances of getting a job?

In a study carried out by University of Miami’s Michael T. French, on 2000 people across the 50 states, it was found that tattooed individuals are not only just as likely to get a job as their non- 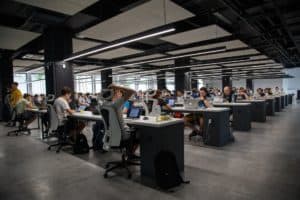 tattooed counterparts, they are even more likely to get a job in some cases. For instance, in some fashion companies that are seeking to target a younger, edgier demographic, they are more likely to employ a tattooed person because they better represent the brand.

Also, recently, not only has there been an increasing popularity of tattoos due to a dissolution of the long-held stigmas and stereotypes about folks with body art, but many employers have realized that they may have looked past potential gems just because they made the presence of body art the sole deciding factor.

Is it illegal for employers to discriminate against you for having a tattoo?

Constitutionally, employers can’t discriminate against things like age, disability, gender, national origin, pregnancy. But, no, it is not illegal for an employer to deny an employee employment because they have a visible tattoo or piercing, in as much as they feel that it would be offensive to their predominant customer base or just inappropriate in the workplace.

Friendly tips to keep in mind

Since there are no federal laws completely protecting individuals with body art, here are a few important tips to keep in mind that would protect you from avoidable issues with your employer or clients:

It’s a good idea to avoid tattoos that may be offensive to a race, gender, religion or age group. Employers would definitely be in the right to turn you down to fire you if your tattoo conveys a racist or vulgar message.

Even before answering the vacancy ad, let alone going for the interview, you should know the employer and firm. This is because, depending on the nature of the job, it may be in your best interest to either expose or cover up your tattoo.

Consider the location of your tattoo

Tattoos on the face would not be accepted by a vast majority of employers, obviously except tattoo artists and select modelling agencies. So, you should consider getting your tattoo on a body part that can easily be concealed with common, non-seasonal clothing items like your trunk and thighs.

Tattoos have become very popular recently and are now seen as an acceptable form of self-expression, but some professional jobs may still use their presence as a deciding factor turning down an application, even though this is also gradually getting phased out.

Ultimately, the negative effect of tattoos on your chances on getting a job is less about its existence but more about its location, message and the nature of the job.